MOA GS340 Gas-Charged Shock absorber with a minimum compressed length of 235mm, through to 350mm at their maximum expansion.

MOA GS340 Gas-Charged Shock absorber with a minimum compressed length of 235mm, through to 350mm at their maximum expansion. 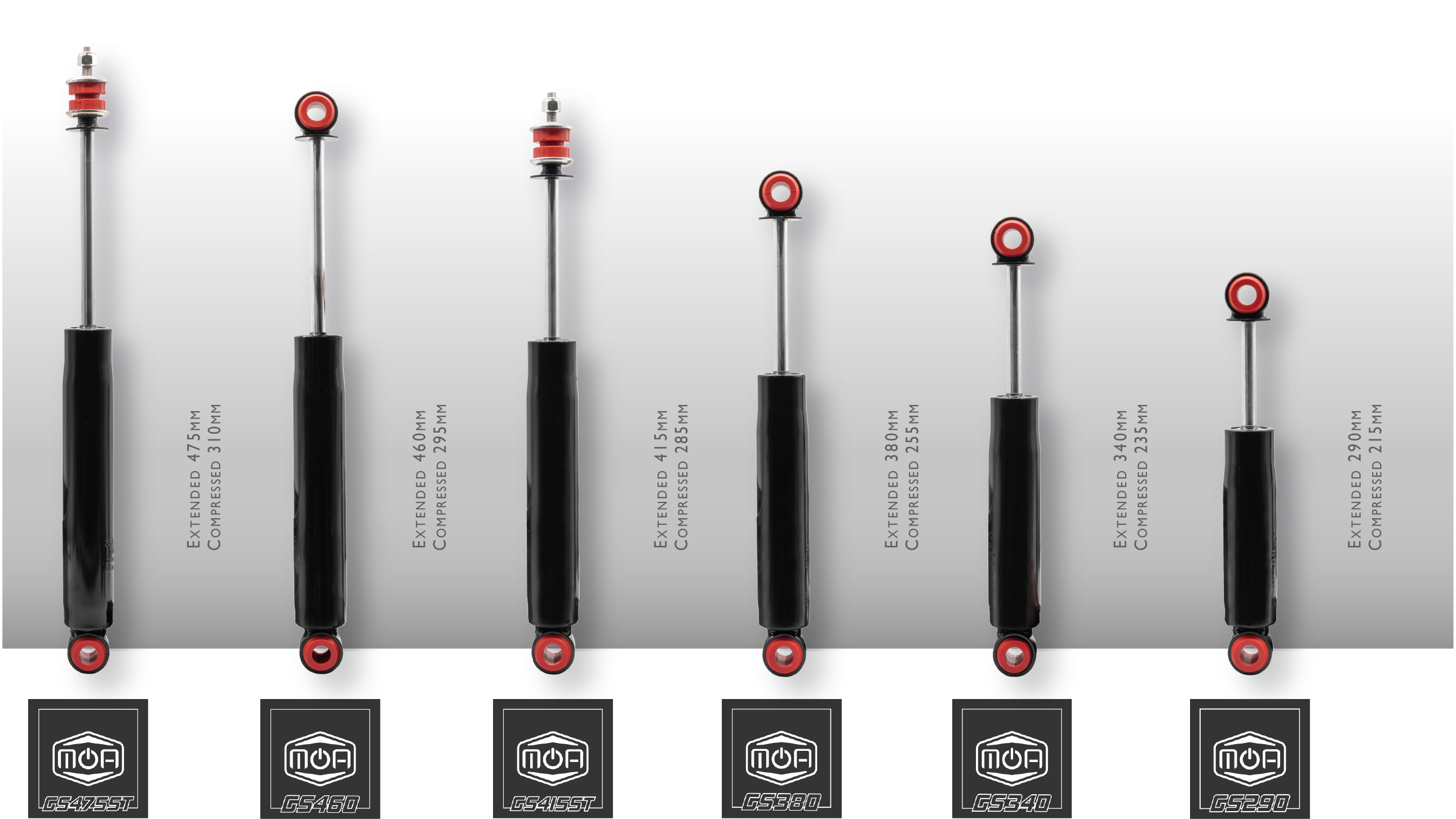